In Friday’s Financial Post, Philip Cross makes the important point that it is delusional to think that rivers of new deficit spending will not lead to middle-class tax hikes.[1]

In fact, 100 years of rising taxes have shown us a simple truth: New taxes may be sold as hitting the rich, but they tend to spread to hit the middle and working classes. When the income tax was first introduced in Canada, in modern dollars it completely exempted the first $50,000 for most individuals,[2] then levied just a 4% tax rate.[3] Along the way, the top federal rate rose to 33%[4] while exemptions actually shrank, pushing the tax to increasingly poorer earners. By 2017, nearly 36% of income taxes were paid by the bottom-earning 80% of families, who collectively earned just under 51% of income.[5] 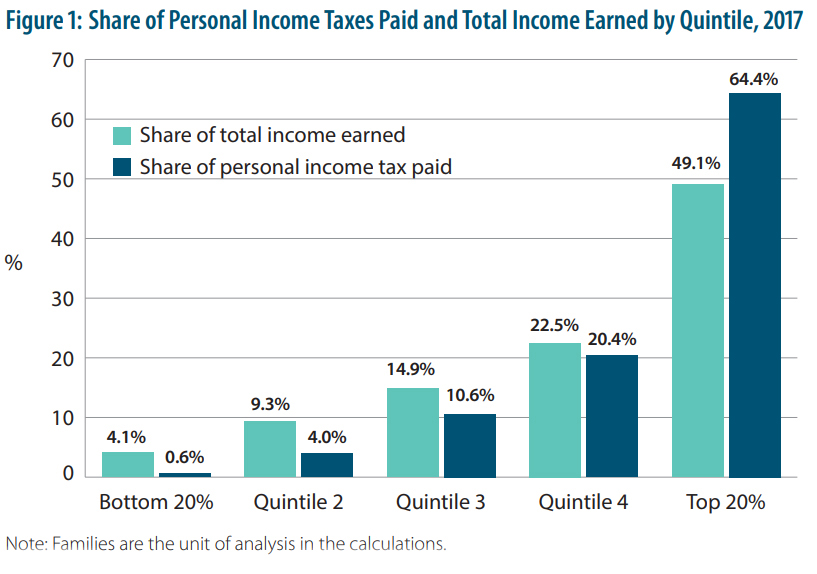 The pattern is similar in the US, where income taxation was also highly progressive from the start, targeting only those making above $80,000 in modern US dollars at a maximum rate of just 6%.[6] Yet by 2017, the top rate had risen to nearly 40%[7] and 30% of federal income taxes were paid by filers not in the top 10% of income.[8]

A century of taxation tells us that the notion of “soaking the rich” may help sell a new tax, but there is no magic wand: Tax rates not only tend to rise, they tend to spread to reach everybody.