Montreal, September 9, 2020 – While it may surprise some observers, Quebecers are very open to developing their own oil resources. They also far prefer Western Canadian oil to foreign oil, according to an Ipsos poll conducted on behalf of the MEI and published today.

“Western oil and developing their own resources are both more popular this year among Quebecers,” says Germain Belzile, Senior Associate Researcher at the MEI. “But while Quebecers are frankly very open to the development of their oil resources, the province’s political parties don’t feel the same enthusiasm. There’s a disconnect.” 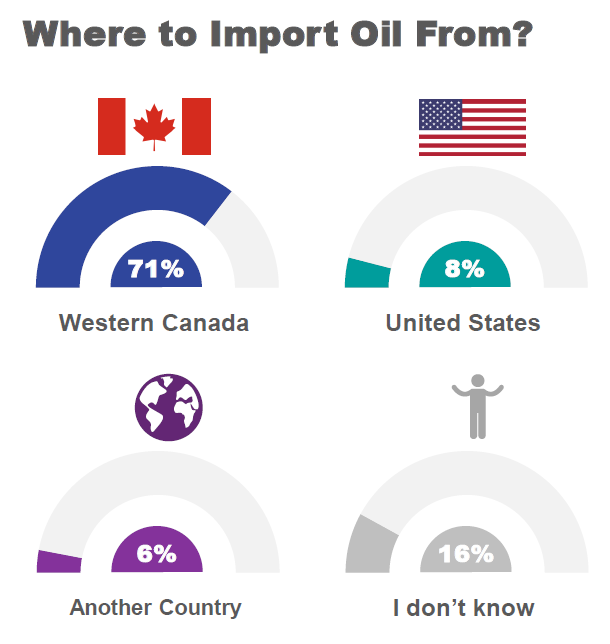 Climate change is third among Canadians’ priorities. Indeed, it is the first priority of 14% of citizens. Yet 61% of people are not ready to spend one cent more to deal with this issue.

“Clearly, Canadians recognize that climate change is an issue, but they are not ready to take concrete action,” says Mr. Belzile. “At the same time, Quebecers want to import Western oil and develop their own resources, but no political party presents this option. It’s a pretty absurd situation.”

“It’s time for Quebec to stop throwing obstacles in the way of companies that want to pursue energy development projects, be they Quebec projects or Canadians ones. Quebecers are ready,” concludes Mr. Belzile.

The web survey was carried out from August 20-23, 2020 with a representative sample of 1,150 Canadians aged 18 years and over. The margin of error is plus or minus 3.5 percentage points.

The Montreal Economic Institute is an independent public policy think tank. Through its publications, media appearances, and advisory services to policy-makers, the MEI stimulates public policy debate and reforms based on sound economics and entrepreneurship.