15. Have the Kyoto Protocol targets been respected?

According to preliminary figures, global greenhouse gas emissions for countries participating in the Kyoto Protocol were reduced by 22.6% compared to the reference year, 1990.(32) The overall target was substantially surpassed, but this is not the case for each of the participating countries. Figure 1-10 shows the GHG emissions gap in percentages compared to the initial target.

In Canada, none of the provinces has respected the Canadian GHG reduction target, which was 6% below the 1990 level for the 2008-2012 period. Quebec only exceeded the target by 1%, however, whereas Saskatchewan exceeded it by 66% (see Figure 1-11). 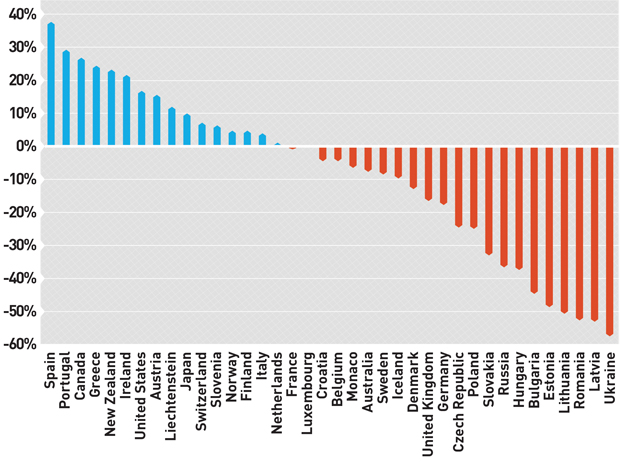 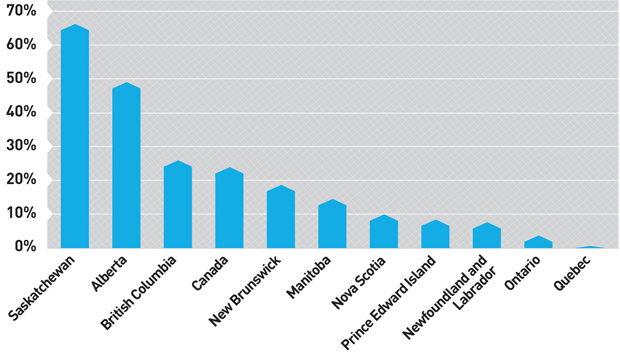