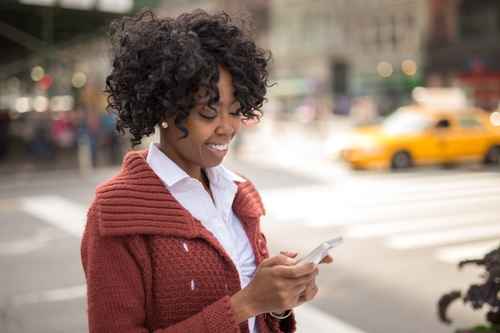 Innovation is often disruptive, it’s true—and the workers and businesses disrupted often try to resist the changes brought about by innovation. But while some of us, as producers or service providers, may have an interest in blocking a given technology, as consumers we all have an interest in allowing new products and services to improve our lives.

Our elected officials, for their part, should try to ease the transition for affected producers and service providers when appropriate. This is especially true when it is obsolete government regulations that risk making the transition a bumpy one.

Take ride-sharing smartphone apps like Uber, Lyft, and Sidecar. By making it easy for drivers and riders to find each other, such technologies are revolutionizing urban transportation. But taxi drivers are unhappy about this new source of competition, and some city councils are lining up on the side of cabbies and cab companies. The City of Toronto, notably, has requested a permanent injunction to bar all of Uber’s operations, with a hearing set for the first week of June.

Opponents cite public safety concerns, but those who use ride-sharing apps appreciate the ease of payment, the relatively short wait times, and the ease of calling a car. To the extent that the use of these apps leads to bona fide carpooling, there are also real benefits to be had in terms of alleviating traffic problems and cutting air pollution.

Price is a factor, too. A Business Insider survey conducted late last year found that for a typical ride, Uber was cheaper than a taxi in 19 of 21 large U.S. cities. And even “surge pricing,” which some find objectionable, benefits riders by encouraging part-time drivers to offer their services during unexpectedly busy periods. Rides can get quite expensive at such times, but the alternative is likely to be no ride at all.

The only real problem with ride-sharing apps is the opposition of taxi drivers. And it is a real problem, thanks to the existing, widespread system of taxi licences, or “permits of operation.” In most cities, you need such a licence to drive a cab, or you need to rent one from someone, and since the number of licences is capped by regulatory fiat, the cost is often quite high. In Montreal, for instance, a permit of operation will set you back about $200,000.

Taxi drivers could well oppose ride-sharing applications just because they don’t want the added competition, to which one might reasonably respond: too bad. But these apps are also reducing the value of taxi licences, which drivers have been required by law to purchase—and which they may now be relying on as retirement assets.

What should Toronto and other jurisdictions do faced with such a dilemma?

There is no stopping progress, nor should we try. Instead of banning or overregulating ride-sharing apps, governments should deregulate entry into the urban transportation market, accompanied by appropriate public safety measures. In recent weeks, several U.S. states have taken steps down this road, including Wisconsin, Georgia, Texas, Nevada and New Mexico (although Uber and Lyft are unhappy with the strict new rules in this latter state).

But in addition to accommodating this new technology, here we have a case where our elected officials should indeed do what they can to ease the transition for affected service providers, since it is prior government regulation that is putting those providers in such a tight spot. Ideally, governments should at least partly compensate taxi drivers for their losses based on such considerations as the original amount paid for a licence and how long ago it was purchased. This is similar to the Australian government’s successful scheme to compensate dairy farmers for the abolition of production quotas 15 years ago.

Innovative ride-sharing apps are improving our lives, and our laws and regulations should make room for these positive changes. But we should also compensate those who made substantial capital investments to comply with existing rules.

Michel Kelly-Gagnon is President and CEO of the Montreal Economic Institute. The views reflected in this column are his own. This column was also published in several Sun Media papers.