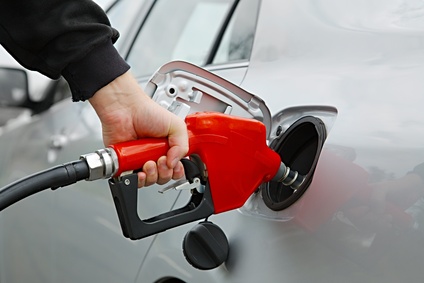 Over the past couple of months, several groups have made proposals to impose new carbon taxes on gasoline in order to discourage consumption and help fund “green” energy alternatives. With Kathleen Wynne’s announcement that Ontario will join Quebec and California in a cap-and-trade plan, drivers in that province will pay more. And as everyone gears up for the United Nations Climate Change Conference in Paris later this year, we can expect a flurry of such proposals and announcements, each involving adding a couple more cents to every litre pumped.

Beyond the merits or potential negative consequences of such taxes, one key element of this debate that is too often overlooked (perhaps intentionally) is how large it would have to be in order to be “effective,” that is, in order to change the level of consumption of fossil fuels in a tangible and sufficiently rapid manner, especially when it comes to transportation.

First of all, we must realize that historically, the quantity of oil consumed has been relatively insensitive to prices, and even more so in recent years. Income is actually the main driver of demand for oil and gasoline. For instance, in the United States, between 1978 and 1981, oil prices increased by 81 per cent as a result of the oil crisis, but consumption fell by only 16 per cent. Similarly, between 2002 and 2006, there was a comparable price increase of 88 per cent but consumption actually increased by 4.5 per cent. These well-known facts should make one pause and ask just how large a carbon tax would be needed to reduce oil demand significantly.

An optimistic reading of the economic literature, as summarized in 2008 by oil scholar James Hamilton, suggests that a very aggressive carbon tax that would double the price of crude oil to $100 per barrel from its current forecast of $50 per barrel would have the effect of reducing demand by 7 per cent in the short run and 30 per cent in the long run. But the tricky thing is that even this long-term reduction is not large enough to compensate the likely increase in consumption that will result from GDP growth. Furthermore, a 2011 analysis by the IMF is quite a bit less optimistic than Hamilton’s, suggesting that even without accounting for the income growth effect, such a dramatically high tax would have practically no effect in the short run, and would reduce demand by a mere 7 per cent in the long run.

We might ask ourselves why oil demand is unresponsive to prices in this way. Essentially, it’s because people use oil to get to work, and to make and bring to market high-value products, and they will pay high prices to keep doing these things. In short, given our current level of technology, oil is a necessary ingredient of our daily lives, in very concrete ways, and no amount of rhetoric or wishful thinking will change this fact. The transportation sector in particular currently has very few effective substitutes for oil. This may change in the future, but a carbon tax can’t alter the laws of physics.

In any event, would Canadians be up for such a tax, at those kinds of levels? According to a David Suzuki Foundation survey, while a majority (56 per cent) of Canadians are in favour of some form of carbon tax in their home province, only half of them would agree to pay as little as $100 a year as a result of the tax, which again is a far cry from the level of tax that would be needed to substantially curb oil consumption.

A survey commissioned by my organization comes to similar conclusions. Yet the incredibly high $50 per barrel oil tax discussed above, while having a limited effect on demand, would increase the cost of gasoline for the average household by more than $1,000 a year. Only 15 per cent of Canadians would be prepared to pay as much for a measure that would reduce oil consumption by only 25 per cent in the best-case scenario.

Furthermore, one might well imagine that Canadians are not willing to pay anything at all for a policy measure that will actually fail to achieve the stated objectives deemed necessary to reach the generally accepted climate change targets.

The gap between the level required for a carbon tax to be effective and the level Canadians are actually willing to pay is just too wide to be ignored. Why, then, are so many ignoring it?