Eamonn Butler is director of the Adam Smith Institute, rated one of the world's leading policy think tanks. He has degrees in economics, philosophy and psychology, gaining a PhD from the University of St Andrews in 1978. During the 1970s he worked on pensions and welfare issues for the US House of Representatives, and taught philosophy in Hillsdale College, Michigan, before returning to the UK to help found the Adam Smith Institute.

Eamonn is author of books on the pioneering economists F. A. Hayek, Ludwig von Mises and Adam Smith. He is also co-author of Forty Centuries of Wage and Price Controls, and of a series of books on intelligence testing.

Eamonn contributes to the leading UK print and broadcast media on current issues, and his recent popular books The Best Book on the Market, The Rotten State of Britain and The Alternative Manifesto have attracted considerable attention. 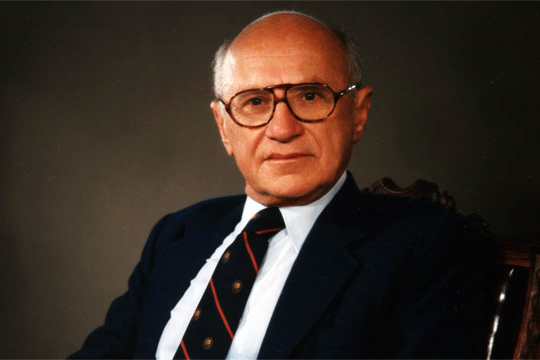 The Montreal Economic Institute is publishing an abridged French translation of a book on the ideas of Milton Friedman, who would have celebrated his 100th birthday in 2012. This booklet aims to make his economic and political thought accessible to the general public. From market liberalization in China to the flat tax in Eastern Europe, from debates over school vouchers to monetary policy, Friedman brilliantly defended ideas that led to the challenging of numerous public policies.