Based on supporting data, Swedish author Johan Norberg showed that the opening up of trade and international capital flows is an indicator of progress, especially for the world’s less fortunate. In a systematic way, he refuted the arguments of those who oppose free trade and capitalism. The conference also featured comments by Mr. Rodrigue Tremblay, professor emeritus of the Department of Economic Sciences of the University of Montreal, former Quebec Minister of Industry and Commerce and author of the book Pourquoi Bush veut la guerre, recently published by Les Intouchables. 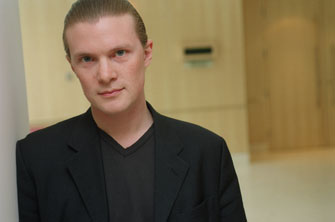 Johan Norberg, author of the book entitled Plaidoyer pour la mondialisation capitaliste, published by the MEI, in collaboration with les Éditions Saint-Martin, in May of 2003. 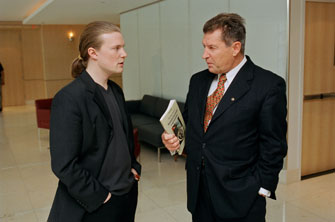 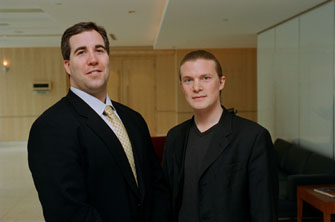 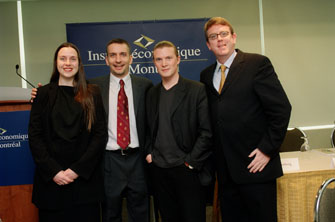 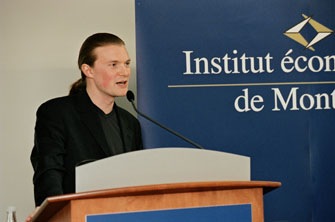 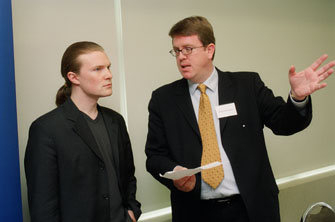 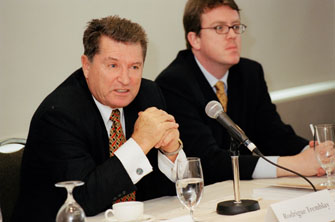 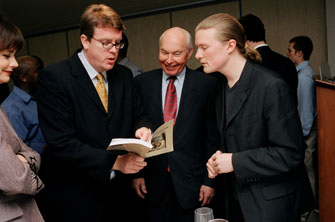 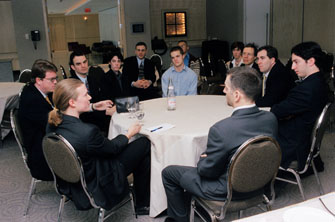