As a federal state, Canada is well positioned to meet the challenges of our continental economy. Mr. Stephen Harper used the MEI platform to address Canada’s economic prospects including how Canada can take advantage of one of its greatest assets, and one of its greatest challenges – namely our relationship with the United States. Among other things, Mr. Harper did contrast the multilateralist approach that seeks to “check” US economic and political power with the idea of leveraging Canada’s relationship with the United States to enhance our economic and political interests. His speech was followed by a discussion between him an a panel consisting of Mr. Michel Kelly-Gagnon, MEI’s President, and Dr. Jack Mintz, president and chief executive officer of the C.D. Howe Institute. 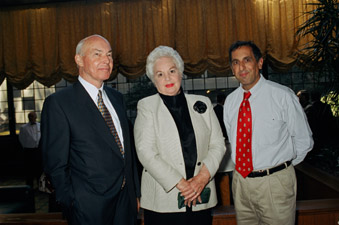 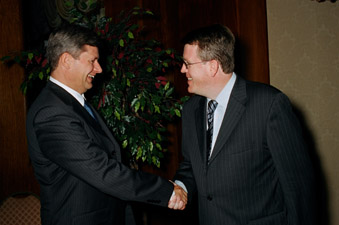 Stephen Harper, Leader of the Canadian Alliance, meets with Michel Kelly-Gagnon, President of the MEI. 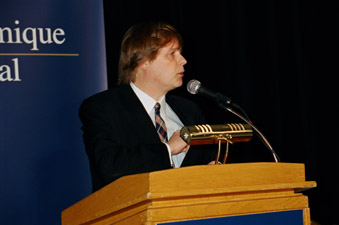 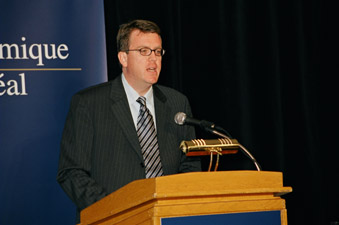 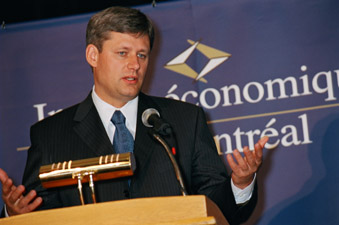 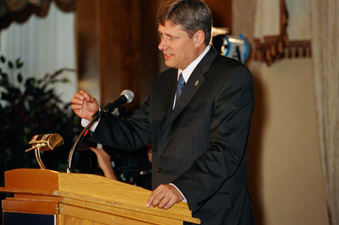 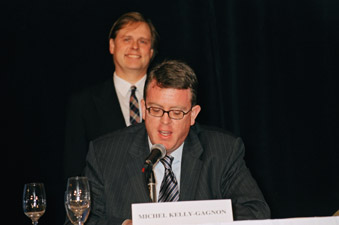 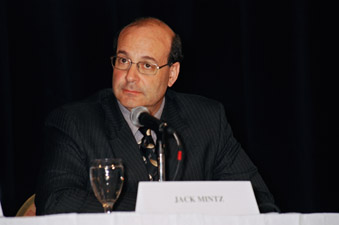 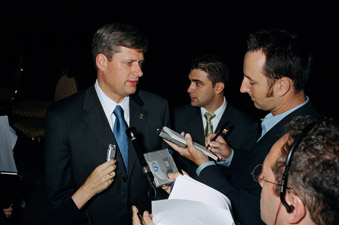 Stephen Harper meets with the press. 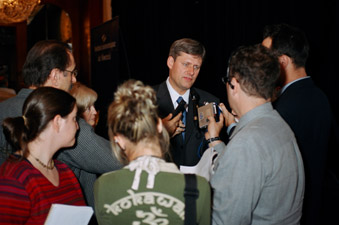