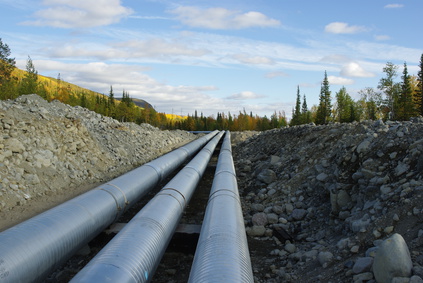 The reality, according to a TransCanada spokesperson, is that the company takes extra precautions around waterways: It increases pipe thickness and uses remote-controlled "smart pigs" to detect even very small trouble spots before a leak can happen. The company, which operates 70,000 kilometres of pipelines, has never had a large-scale integrity leak on its oil lines.

Just about every aspect of our lives involves a certain amount of risk, of course. It's all about risk management. And indeed, despite the occasional high-profile accident like last week's spill in California, pipelines in general remain very safe.

These are some pretty reassuring facts, especially when you consider the realistic alternatives. Notably, reducing our use of oil dramatically in the short to medium term is not a realistic option, as Canadians are unwilling to pay the price that such an accelerated transition would cost. Barely 12 per cent are willing to pay the extra $1,500 a year per household that it would cost to reduce oil consumption by just 20 per cent.

One realistic alternative to transporting Canadian oil by pipeline is transporting that same oil by train or by truck. Yet both of these methods of transport are less safe than pipelines. Logically, then, we should transport as much oil as we can by pipe, and as little as possible by rail or road.

The other realistic alternative is to import oil by tanker from abroad. Historically, as former Ambassador to the United States Derek Burney pointed out in a recent talk in Montreal, the central and eastern Canadian markets have imported around 650,000 barrels per day. Even at $50 a barrel, that oil comes at a cost of about $12 billion a year.

Now, I don't have any problem with international trade. On the contrary, I'm all for it, if it makes economic sense. If a trade is voluntary, then it's generally positive sum, which means that both parties benefit, and this remains true whether they're located across the street from each other or across the planet.

But in this case, as Mr. Burney reminds us, there is the further consideration that much of the oil we import comes from countries like Nigeria, Saudi Arabia, and Angola. These are far from models of democracy, and the money paid for the oil we get from them goes right into their governments' coffers, since oil is owned by the state in these places.

I'm not suggesting we cut off trade with these countries. But when we have abundant supplies of oil in our own backyard, their lack of democratic institutions is one more argument in favour of making it easier to ship Canadian oil from west to east.