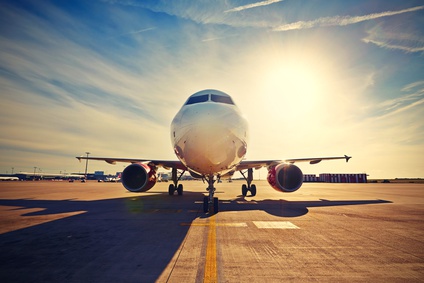 The summer season is nearly upon us, which means that from coast to coast, people are planning their summer vacations. For the three in four Canadians living within 90 minutes of the United States, those plans could well include a hop across the border to catch a flight from an American airport instead of a local one.

What makes an estimated 5 million Canadians a year get in their cars, drive to the border, go through customs, and park their cars at nearby U.S. airports like those in Seattle (251 km from Vancouver), Buffalo (174 km from Toronto) and Plattsburgh (110 km from Montreal)?

In a word, price. Although base fares are comparable—in fact, they’re sometimes lower here in Canada—taxes and surcharges are considerably higher on this side of the border.

Now don’t get me wrong: I’m entirely in favour of airports competing for passenger dollars. But government policies in Canada are tilting the tarmac in favour of American competitors, to the disadvantage of Canadian airports.

What kind of price differential are we talking about? Let’s say a Toronto family of four is planning a one-week vacation to sunny Orlando, Florida, in mid-July to take the kids to Disney World. If they want to leave from Toronto’s Pearson International Airport on Saturday, July 11 and return on the following Saturday, July 18, the cheapest flights available as I write this will cost them a total of $1,649. If they drive over to Buffalo, the cost will be $1,426, a $223 saving. Even factoring in the cost of gas for the 350-km round trip by car from Toronto to Buffalo, this is still a worthwhile saving for some families.

And the thing is, the base fare is actually slightly lower for the flight leaving from Toronto. The taxes, fees and charges, however, add up to $549, almost double the $302 for the trip from Buffalo.

For a Vancouver family of four heading to Los Angeles, California, and nearby Disneyland in Anaheim for that same week in July, the cheapest flights currently available from Vancouver International Airport will total $1,270. By comparison, leaving from Seattle will cost them $923, so the 500-km round-trip drive will save them $347. Again, this can be worth it for some families, even after paying for a tank of gas.

For this example, the base fares for the flight from Vancouver are slightly higher (8% higher to be precise) than for the one from Seattle, but the taxes, fees and charges are two and a half times higher ($478 vs. $191).

Clearly, the same exercise could be carried out for a multitude of departure points and destinations and time frames—and in fact, the same exercise is carried out by millions of Canadians every year. And even though the amounts involved might seem small to some, millions of Canadians every year decide to add a couple of hours to their travelling times in order to save a few hundred bucks.

Some people have told me that they think the Canadian system is actually the fairer of the two, and that American airports are effectively subsidized by their government. But while this argument may have some merit, and as a general rule I am in favour of making people pay for the services they use, this passenger leakage has a substantial cost for the Canadian economy as a whole. One estimate places the economic loss for Canada at $2.4 billion in output. It also costs the country nearly 9,000 jobs. If the American system remains the way it is, the Canadian system needs to adapt so our airports are not placed at such a disadvantage.

In other words, if we were to bring our taxes and fees more in line with those of our southern neighbour, it would give a shot in the arm to our economy, and put thousands of Canadians to work. It would also save cost-conscious Canadian vacationers the trouble of getting to Seattle, Buffalo, or Plattsburg. Instead, they could enjoy lower prices right here at home.