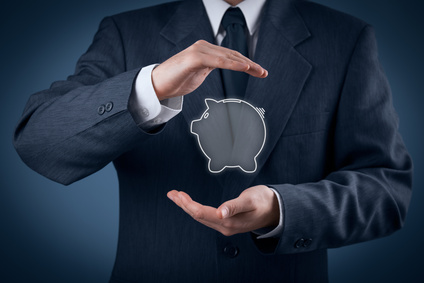 By doubling the maximum contribution for a Tax-Free Savings Account (TFSA), which would therefore jump to $11,000 a year according to rumours surrounding next Tuesday's budget, the federal government is doing more than just encourage saving; it's taking a step toward the de facto elimination of the capital gains tax on financial investments for the great majority of Canadians.

The capital gains tax is a tax on earnings from the sale of property and investments. By reducing this tax, the government can encourage investors to finance new or existing businesses to a greater degree, resulting in more jobs, innovation and growth.

Indeed, entrepreneurs invest their time and money and take risks in order to create new companies, often in the hope of selling their businesses at a profit in the future. These profits are then taxed as capital gains, though, which can discourage entrepreneurs from taking such risks. This counterproductive tax, which constitutes a negligible source of revenues for the government, therefore weighs heavily on the incomes of savers and investors.

Now, with the doubling of the TFSA contribution limit, investors can accumulate several thousands of dollars of investments tax-free, year after year. In the long run, the practical effect is that Canada's capital gains tax will gradually disappear. The limit increase is therefore excellent news for all Canadians, not just small investors who are primarily interested in providing for their golden years, but also those with more money to play with.

Some detractors maintain that raising the contribution limit will only benefit the rich, since they're the only ones who can invest large amounts. Yet over 80 per cent of those who contribute to a TFSA have incomes below $80,000, and one in five workers earning less than $20,000 contributes to a TFSA. The media often observe that Canadians don't save enough. Well TFSAs, by keeping the gains on investment income out of the government's hands, encourage people to save more.

Even if it turned out that for the great majority of Canadians, the current ceiling level was sufficient, this would not be a valid reason to oppose raising it. We should remember that the money deposited in TFSAs comes from sums that have already been heavily taxed. And those who say that only the "rich" will benefit from these tax gains forget to mention that these same "rich" pay a disproportionate share of Canadian income taxes. (In 2009 for example, the 5 per cent of Canadians who earned over $100,000 a year paid almost half of all income taxes collected by the federal government.)

Provincial governments in particular have been increasing tax burdens for Canadians in recent years, and hobbling economic recovery as a result. Quebec's tax take, for example, rose from 21.9 per cent to 24.5 per cent of GDP between 2003 and 2013. Quebecers' average disposable income actually fell in real terms in 2013, the first time this has happened in 17 years.