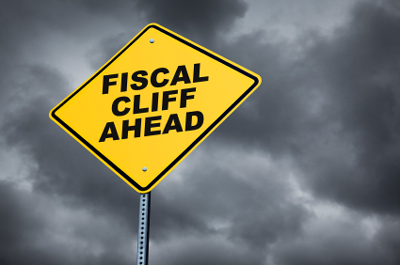 The good news is that reality (to use a quaint expression) doesn't need to swing a couple of thousand soccer moms in northern Virginia. Reality doesn't need to crack 270 in the Electoral College. Reality can get 1.3% of the popular vote and still trump everything else.

In the course of his first term, Barack Obama increased the federal debt by just shy of US$6-trillion and, in return, grew the economy by US$905-billion. So, as Lance Roberts at Street Talk Live pointed out, in order to generate every US$1 of economic growth the United States had to borrow about US$5.60.

There's no one out there on the planet – whether it's "the rich" or the Chinese – who can afford to carry on bankrolling that rate of return. According to one CBO analysis, US government spending is sustainable as long as the rest of the world is prepared to sink 19% of its GDP into U.S. Treasury debt.

It's government as a Nigerian email scam, with Ben Bernanke playing the role of the dictator's widow with US$4-trillion under her bed that she's willing to wire to Timmy Geithner as soon as he sends her his bank account details. If that's all a bit too technical, here's the gist: There's nothing holding the joint up.