The consequences of protectionism on consumers.

In this fifth volume of the Canada Strong and Free series, the authors are calling for Canada to reclaim its role in the international arena – for Canada to lead and inspire the world. The world is wide of course, and Canada’s role in it is multi-faceted. Nevertheless they believe that by concentrating on three priorities in foreign policy Canada can significantly advance its national interests and international influence. These key tasks must be: to champion and practise freer trade; to advance our relationship and deepen our influence with the United States; and to give effective help to people living in nations less fortunate than our own.

The domestic market and interprovincial trade.

In favor of a provincial free-trade deal for Canada.

A European Commission fine of 280.5-million against Microsoft could hurt PC users.

Last April, Canada and the United Kingdom announced an "Open Sky" agreement which, when concluded, will represent another major step in the liberalization process of the air transport market between the two countries. The agreement was reported to provide for unlimited so-called "Fifth Freedom Rights" for both countries to enable Canadian airlines to carry traffic to and from third countries through the U.K. The same reciprocal rights are to be available, of course, to British carriers through Canada. It remains to be seen whether the European Commission, which has successfully contested the rights of the European Union members to negotiate air bilateral deals independently of Brussels, will choose to challenge this agreement. 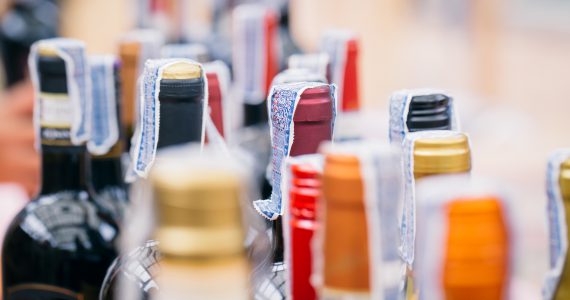 With markets moving toward increasing globalization, the prospect of seeing companies transfer part of their activities abroad is causing growing alarm. Many are worried in particular about the rising economic influence of some Asian countries such as China and India that can call upon an ample supply of increasingly qualified workers who are willing to work for a fraction of the salaries paid in industrialized countries. Pessimists predict a dark future for labour markets in developed countries if nothing is done to halt job transfers to emerging countries. The temptation may thus be great for Canada to follow the example of the United States, which has already taken protectionist measures to counteract the outsourcing movement.

The federal Ministry of Transport appears prepared to take advantage of the current international trend toward open markets in aviation and to move ahead with the liberalization process that began in the early 1980s. In particular, it is considering the possibility of allowing foreign airlines to fly between Canadian cities – known as “cabotage” – and of raising the limit on foreign ownership of airlines in Canada, currently set at 25%. Both would be excellent news for consumers and for the Canadian economy generally.

The issue of subsidies to the aeronautical industry.