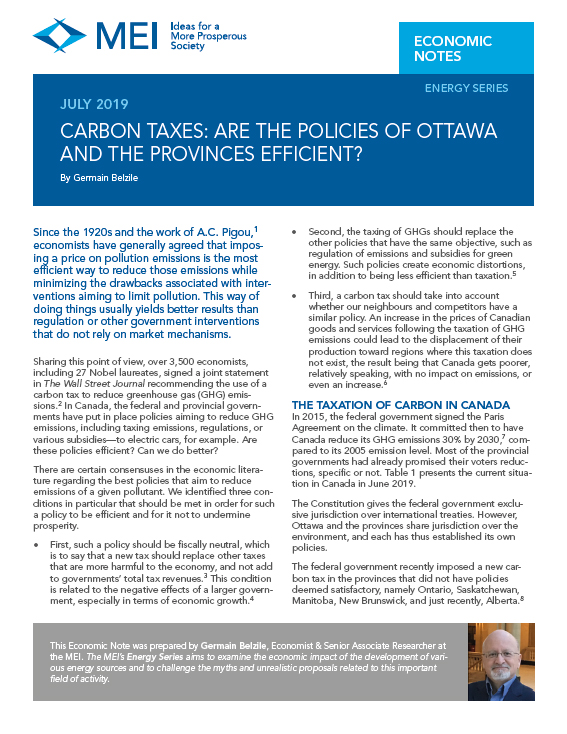 Montreal, July 4, 2019 – With the carbon tax imposed by Ottawa causing discontent in several provinces, an MEI publication released today shows that governments should reconsider their GHG reduction policies, because they are not efficient. 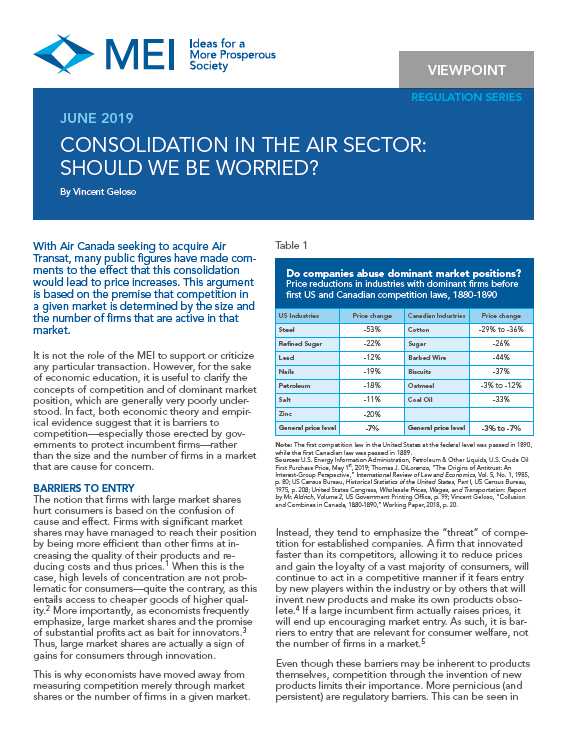 Montreal, June 4, 2019 – While Air Canada is looking to purchase Air Transat, a publication released today by the MEI shows that the concerns of travellers regarding potential price increases should not be based on greater market concentration, but rather on the presence of barriers to entry in the air travel industry.

Montreal, May 31, 2019 – After having aired on PBS affiliates in the United States and Canada, the fifth season of the Free Markets Series is now available online for the entire internet community to enjoy. Six new 30-minute episodes can be found in the dedicated series web library, and on social media networks. 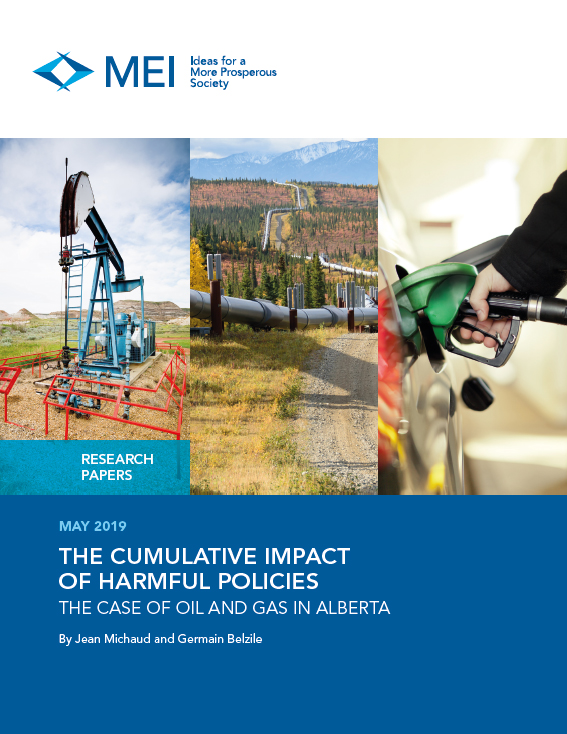 Montreal, May 9, 2019 – Alberta’s $30 carbon tax is around 50% higher than the rate currently in place in Quebec as a result of its cap & trade system, as shows a Research Paper published today by the MEI. 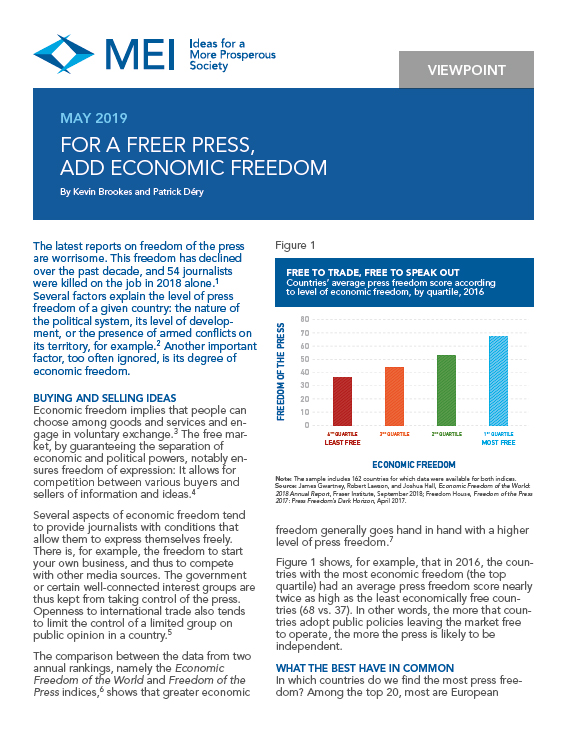 Montreal, May 3, 2019 – As we celebrate World Press Freedom Day, a publication launched today by the MEI shows that this freedom is closely linked with the degree of economic freedom that prevails in a country. 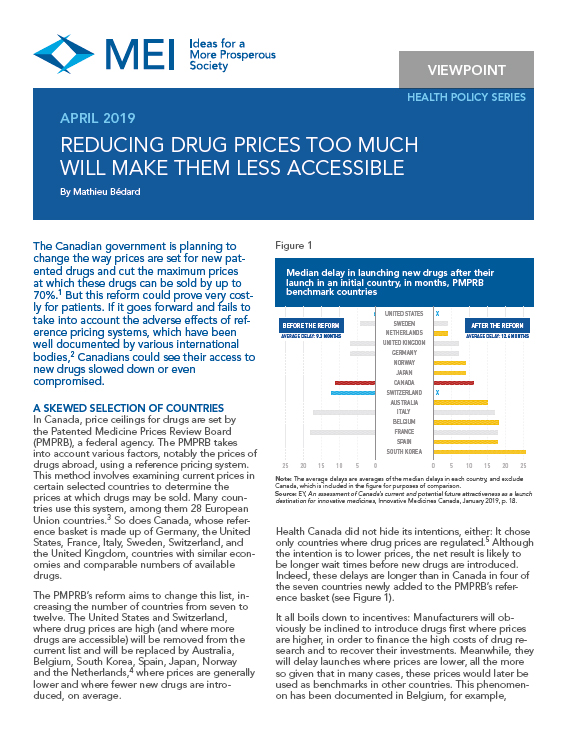 Montreal, April 18, 2019 – Patients could pay a high price for Ottawa’s reform—which aims to cut the maximum prices at which new drugs can be sold by up to 70%—by seeing their access to new drugs slowed down or even compromised, shows a publication launched today by the MEI. 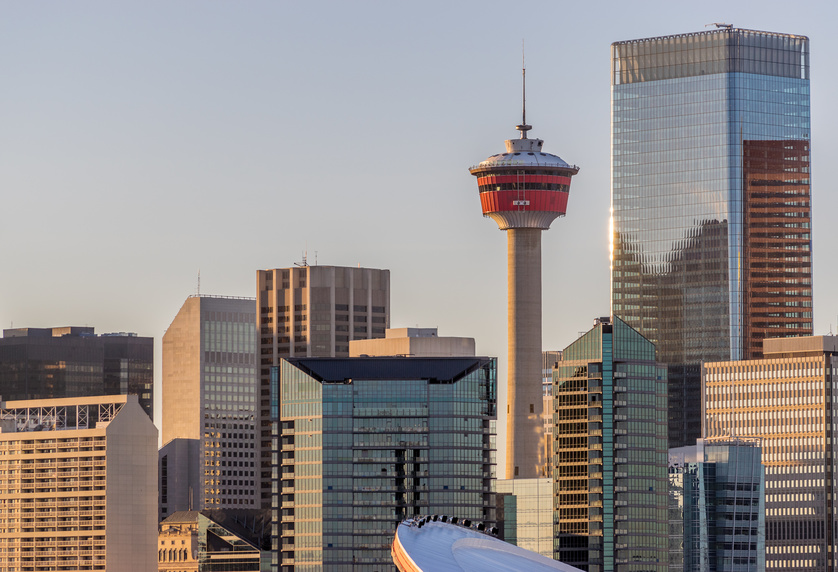 Montreal, April 17, 2019 – In a speech following his election victory, the new Premier-elect of Alberta, the Honourable Jason Kenney, extended a hand to Quebec and urged the province not to hinder the development of Alberta’s energy sector. 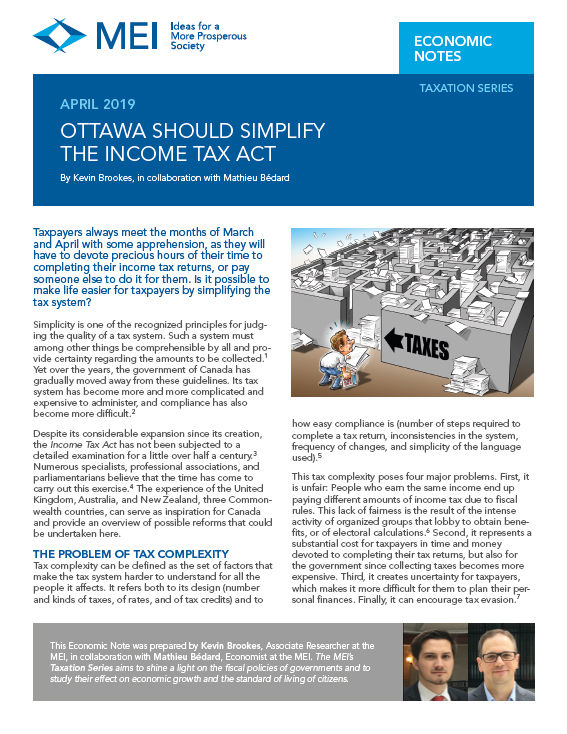 Montreal, April 10, 2019 – While hundreds of thousands of Canadians are completing their tax returns, a publication launched today by the MEI shows that the Canadian tax system has become much too complicated and costly to administer, and should therefore be simplified. 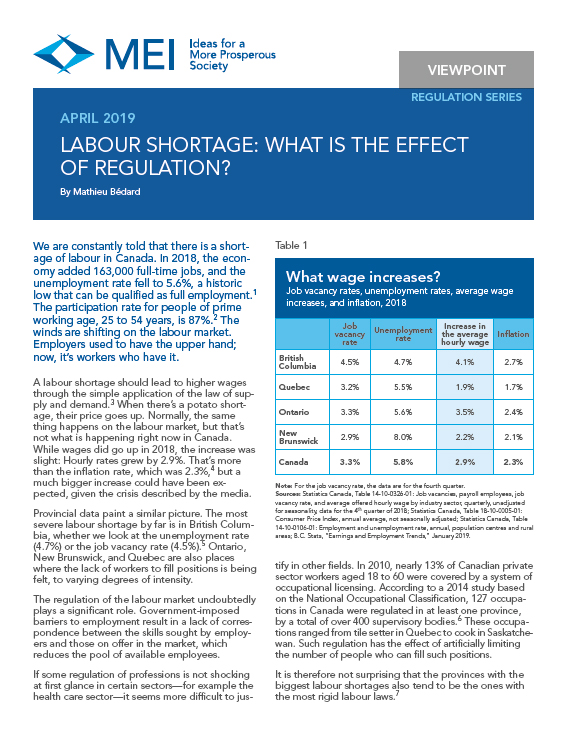 Montreal, April 4, 2019 – While the unemployment rate is at its lowest and the country’s labour shortage is regularly in the news, workers should have the upper hand and be enjoying substantial wage increases. But trade barriers and the tax burden keep them from fully benefiting from this favourable context, as shown in an MEI study published today. 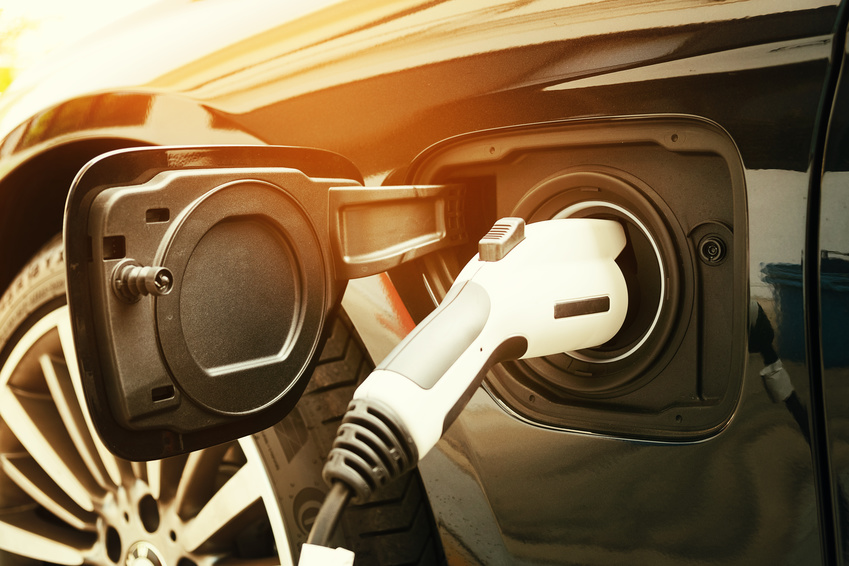 Montreal, March 28, 2019 – Since 2012, Quebec has spent more than $220 million in subsidies to “encourage” the purchase of electric vehicles. This spending will continue, since the government has extended this program for two more years. Yet as the MEI has been saying for some time, not only is such a public policy very expensive, it also has very little impact on greenhouse gas (GHG) emissions.