An image is often worth a thousand words. Legend has it that economist Arthur Laffer drew his famous eponymous curve on a restaurant tablecloth. The idea behind this parabolic curve is that there exists an optimal threshold beyond which increasing marginal tax rates reduces tax revenue instead of increasing it. Though the concept itself is widely accepted—a small slice of a large pie is better than a large slice of a small pie—the empirical matter of its exact form and of the optimal threshold in a given country at a given moment is debated. 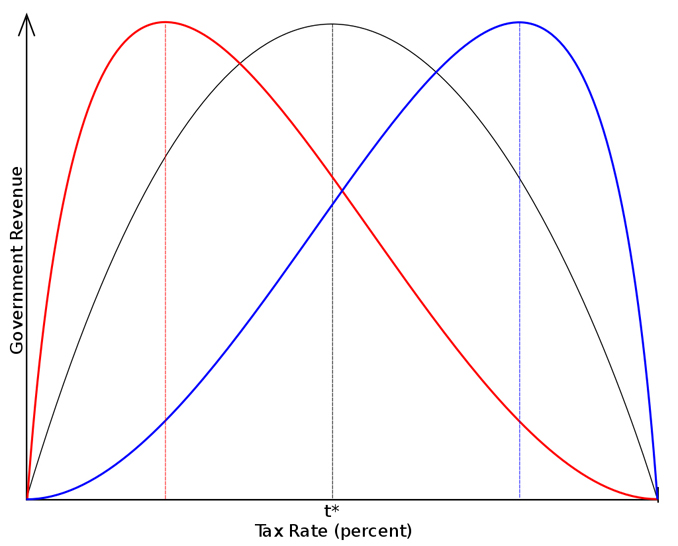 A recent study by the Centre for Productivity and Prosperity at HEC Montréal measured the effect of successive marginal income tax rate increases of +3.63% in 2013 and of +6.68% in 2016 on higher-income Quebecers. The marginal rate for the highest incomes thus went from 48.22% to 53.3%! The result of the 2013 provincial reform was a reduction in activity that led to a reduction of $1.19 billion in total income and a reduction of $339 million in tax revenue. The result of the 2016 federal reform was even more substantial reductions in total income ($2.7 billion) and tax revenue ($1.17 billion) in Quebec. It seems clear that at 48.22% in 2013, Quebec has already reached or surpassed the optimal tax threshold for high-income Quebecers.

How, then, can we stimulate the economy and also increase tax revenue in our current deficit situation without unfairly increasing the burden on the Quebec middle class? The recipe is also in the Laffer Curve: Reducing income tax rates would allow both for a rapid economic recovery and an eventual increase in tax revenue.(1)

Note
1. New Zealand pulled it off in 1987 by substantially reducing income tax and broadening the base for consumption taxes.