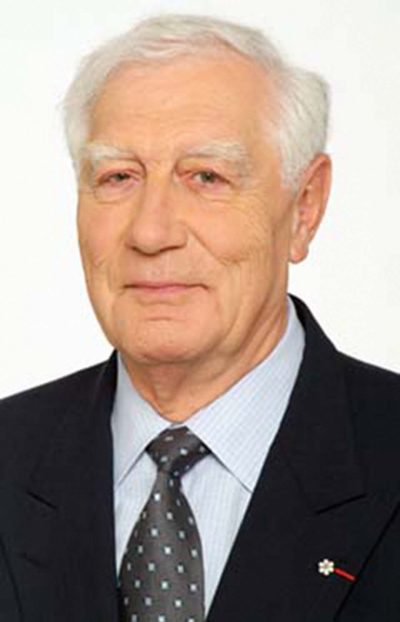 Having held various senior positions at Air Canada, Pierre Jeanniot was President and CEO from 1984-1990. He directed its privatization and led the newly privatized airline as its first CEO. He was subsequently appointed Director General and CEO of the International Air Transport Association (IATA) in 1993 and was granted the lifetime title of Director General Emeritus in recognition of his outstanding contribution to international civil aviation in 2002. Pierre Jeanniot is currently Chairman of Thales Canada Inc., a subsidiary of the international “Groupe Thales.” He is also President of Jinmag Inc., a consulting and investment company which provides advice to governments, civil aviation authorities, airlines and other aviation-related companies. He serves on a number of Boards including subsidiaries of Scotia Bank, SECOR Consulting, and diverse aviation-related companies, and is Chancellor of the University of Québec in Montreal (UQAM). Awards received: Officer of the Order of Canada, Chevalier de la Légion d’Honneur (France); the Independence Medal of the First Order (Jordan); Commander of l’Ordre du Québec; Doctorate Honoris Causa, University of Québec; Honorary Doctorate of International Law, Concordia University; and Management Achievement Award, Faculty of Management, and Doctorate of Science, Honoris Causa, McGill University.

The Open Skies Agreement between Europe and the United States comes into force.

The Open Skies Agreement between Europe and the United States comes into force.

Publication of MEI’s Flashpoint on the liberalization of air transport markets.

Publication of MEI’s Flashpoint on the liberalization of air transport markets.

Last April, Canada and the United Kingdom announced an "Open Sky" agreement which, when concluded, will represent another major step in the liberalization process of the air transport market between the two countries. The agreement was reported to provide for unlimited so-called "Fifth Freedom Rights" for both countries to enable Canadian airlines to carry traffic to and from third countries through the U.K. The same reciprocal rights are to be available, of course, to British carriers through Canada. It remains to be seen whether the European Commission, which has successfully contested the rights of the European Union members to negotiate air bilateral deals independently of Brussels, will choose to challenge this agreement.

The federal Ministry of Transport appears prepared to take advantage of the current international trend toward open markets in aviation and to move ahead with the liberalization process that began in the early 1980s. In particular, it is considering the possibility of allowing foreign airlines to fly between Canadian cities – known as “cabotage” – and of raising the limit on foreign ownership of airlines in Canada, currently set at 25%. Both would be excellent news for consumers and for the Canadian economy generally.