12. What is the objective of the Paris Conference?

The goal of the Paris Conference is “to achieve a new international agreement on the climate, applicable to all countries, with the aim of keeping global warming below 2°C.”(21)

According to existing climate models, the attainment of this objective depends on substantially modifying the composition of the energy used around the world. The International Energy Agency estimates that in 2012, oil, coal, and natural gas represented nearly 82% of primary energy produced.(22) The global economy will need to have a negative carbon balance by the year 2100 if we want to achieve the 2°C goal, which means that more CO2 will need to be absorbed by carbon sinks (like the oceans), and removed from the atmosphere using various technologies, than the amount of CO2 that is emitted. 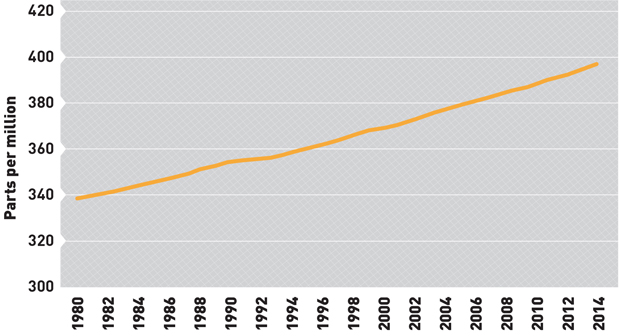