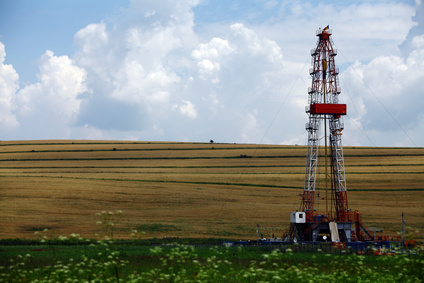 Shale gas development has come under a lot of fire in recent years, leading to moratoriums in a number of jurisdictions in North America, including Quebec, New Brunswick, New York, and most recently Maryland. As my colleagues explained in an Economic Note entitled "Some Overlooked Voices in the Shale Gas Debate," because of these moratoriums, farmers are missing out on a golden opportunity to sign beneficial agreements with companies exploring the subsoil.

Opposition to shale gas development has been fueled by fears that fracking could adversely affect our drinking water resources. Shale gas is extracted using a procedure called hydraulic fracturing, or fracking, in which a mixture of water, sand, and chemical additives is injected into the ground under high pressure in order to fragment the rock formations in which natural gas is trapped. Since some of these additives can be hazardous to human health in sufficiently high concentrations, it's true that they must not find their way into the water table. But do they?

A just-released study from the U.S. Environmental Protection Agency (EPA) should help douse such fears. The Assessment of the Potential Impacts of Hydraulic Fracturing for Oil and Gas on Drinking Water Resources found that there are mechanisms by which hydraulic fracturing has the potential to impact drinking water resources. But the exhaustive, 998-page report "did not find evidence that these mechanisms have led to widespread, systemic impacts on drinking water resources in the United States."

There you have it: There's a potential risk, but no widespread impact. The EPA's Science Advisor called the assessment "the most complete compilation of scientific data to date, including over 950 sources of information, published papers, numerous technical reports, information from stakeholders and peer-reviewed EPA scientific reports."

Those who are firmly opposed to shale gas development will likely be undeterred, however, as the report did find "specific instances" of impacts on drinking water resources. The fact that the number of such cases "was small compared to the number of hydraulically fractured wells" will not reassure them, because they are committed to an unrealizable goal: zero risk.

A certain amount of risk in our lives is unavoidable, and we normally accept it. Most obviously, we drive or ride in cars, despite a one in 16 chance of getting in a car accident per year — and a one in 82 chance of dying in a car crash throughout one's lifetime. (These numbers are for the United States, but figures for Canada should be similar.) We take these chances because we consider the benefits of driving and riding in cars to be worth the small but not insignificant risk.

In comparison, the risks of hydraulic fracturing appear to be even smaller. As my colleagues pointed out in their aforementioned study, out of 11,560 gas wells drilled into a deposit in the northeastern United States since 2008, only 40 water-related incidents caused by hydraulic fracturing are listed. This amounts to a one in 289 chance of an incident over several years, although it is worth specifying that none of these 40 incidents had any negative impact on human health.

We all want to minimize the risks of bad things happening, within reason, but zero risk is simply an impossibility. And since the cost of reducing risk rises exponentially beyond a certain point, pretending that zero risk is attainable — in energy development or in any other activity — is a sure way to impoverish ourselves.