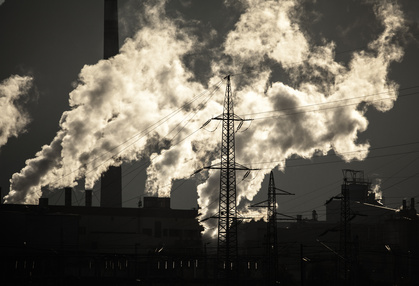 Senior officials from 190 nations are currently meeting in Bonn, Germany, to work on a draft of a deal that is due to be signed at the upcoming UN climate change conference in Paris in six months’ time. While it may seem far removed from our daily lives, a deal in December could have serious consequences—and not just for the natural environment, but for wealth creation and our quality of life.

For some activists, low CO2 emissions seem to be the ultimate goal that humanity should aim for, at all costs. It is for them the moral and environmental Holy Grail. Not coincidentally, however, those activists almost all live in industrialized countries where practically the entire population has access to drinking water and basic consumer goods. These well-intentioned people too often forget that the economic development they so passionately denounce allows billions of people to enjoy a standard of living that used to be unattainable for just about everybody.

That standard of living has, in a certain sense, been built on carbon emissions—or more accurately, on the use of fossil fuels, which emit carbon dioxide when used to power the modern world. Big OECD “polluters” in terms of these emissions are also among the countries with the highest average incomes. Canadians, for instance, emit 14.7 tons of CO2 per capita. But this fuels an average income per capita of $47,465.

In contrast, countries with very low carbon emissions—the real “green” champions of the world if we accept the logic of these activists —are, predictably, among the countries with the lowest average incomes. Haitians only emit 0.2 tons of CO2 per capita, but that’s because they have very little advanced economic activity: Their average income per capita is just $669, less than $2 a day.

In such very poor places, life tends to be a much tougher struggle for people than most of us in the industrialized world – environmentalists included – have ever experienced. For example, although CO2 emissions per capita are very low, emissions of air pollutants inside people’s homes can be 100 times higher than acceptable levels for small particles according to the World Health Organization (WHO).

This is because the majority of inhabitants do not have the means to purchase modern household appliances, and so must cook and heat their homes by burning wood, crop wastes, charcoal, coal and dung, either in open fires or in leaky stoves. The WHO estimates that the resulting indoor air pollution kills 4.3 million people per year, most of them women and children, by causing illnesses like pneumonia, stroke, heart disease, chronic obstructive pulmonary disease, and lung cancer.

Moreover, a low level of development often goes hand in hand with a lack of environmental standards. This runs counter to the whole sustainable development narrative that leaves the impression that the poorer people are, the smaller their ecological footprint. Yet the truth is altogether different. The poorer we are, the more we erode the soil, the more we poach endangered animals, the more we live in unsanitary conditions and die young.

Paradoxically, the richer we are, the more of our attention and resources we can spare for environmental concerns, leading to growing forest cover, cleaner water and air, and longer and healthier lives. If not for the climate models predicting the end of the world because of our CO2 emissions, environmentalists would be forced to praise the ecological benefits of our fossil-fuel-powered modern world.

Bottom line: Economic growth and wealth creation must not be sacrificed on the altar of climate change.