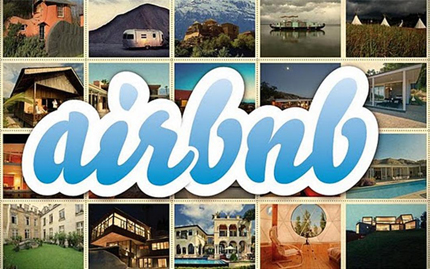 It was a nightmare come true for a Calgary couple who rented out their house using Airbnb at the end of April. They returned home to find the place had been thoroughly trashed. Damages are estimated at an astounding $150,000, and repairs could take months to complete.

As terrible as this is, at least Airbnb has offered to pay for those repairs, and for a place for the family to stay in the meantime. The company has an insurance policy covering up to $1 million of damages in rare cases that are not resolved directly with guests. The company has also announced new measures to help avoid such regrettable stories in the future.

It’s good to see that Airbnb is doing the right thing, but it’s also just good business. Its commendable behaviour turns a cautionary tale into one that is at least somewhat reassuring: Even in the highly unlikely, worst-case scenario, you won’t be left high and dry if you end up renting your home to uncivilized thugs with zero respect for you or your property.

All companies need to maintain good reputations to stay in business, of course, but this is especially true for new companies challenging the established order of things. By allowing people to share their houses and apartments, websites like Airbnb and Craigslist are blurring the line between private homes on the one hand and traditional accommodations on the other, to the benefit of many.

But for hotels and B&Bs—and the governments that regulate and tax them—the change can seem a little too disruptive. The Quebec government, for instance, has announced that it plans to table a bill regulating online home-sharing services in order to crack down on the practice of renting rooms without a permit. It will be the first Canadian province to do so.

At the moment, Quebec residents are not allowed to rent out their homes short-term on a regular basis without registering and paying $250. The government now plans to impose an accommodation tax, along with a fee equivalent to what hotels pay the Quebec Tourism Industry Corporation—and maybe a charge for users as well, modelled after San Francisco’s.

But the concern about “unfair” competition may be overblown. Ian Carter, president of development for the Hilton hotel chain, recently told the New York Times that home-sharing websites were “stimulating demand, rather than displacing existing demand,” adding that Hilton Worldwide served a record 140 million guests last year.

And indeed, while they are substitutes to some extent, someone who really wants that home-away-from-home feeling is unlikely to rent a hotel room—and someone who wants turndown service will not rent a private home.

As for fears about the safety of tourists, which the Quebec government and others have evoked as a motivation to justify tighter regulation, these too seem overblown. Renters depend on reviews posted online by previous travellers. In a context in which your reputation is just a click away, mistreating your guests or failing to deliver what you promise is like shooting yourself in the foot.

Airbnb now has over a million rooms listed for rent, connecting homeowners and travellers around the world. Does Quebec really need to increase fees, taxes, and regulations on this economic activity in order to “level the playing field” and protect travellers? If home-sharing becomes more of a hassle than it’s worth for occasional renters in the province, the supply of apartments and houses for rent will dry up, and vacationers looking for that homey experience will take their tourism dollars elsewhere.