The European public debt problem was in the making long before the 2007-2009 recession and a similar crisis is developing in America, where the same fundamental causes have been at work. The Public Debt Problem analyzes the situation of public debts in America and reviews the official forecasts for the federal government. This book will help the intelligent layman understand what the problem is, and what are the available solutions.

Pierre Lemieux is an economist, a professeur associé at the Université du Québec en Outaouais, and a Senior Fellow at the MEI. He has been affiliated with the MEI since its very beginning. 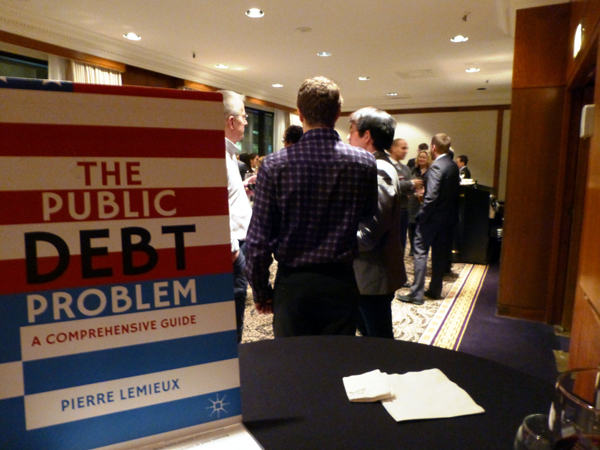 Many people attended this event. 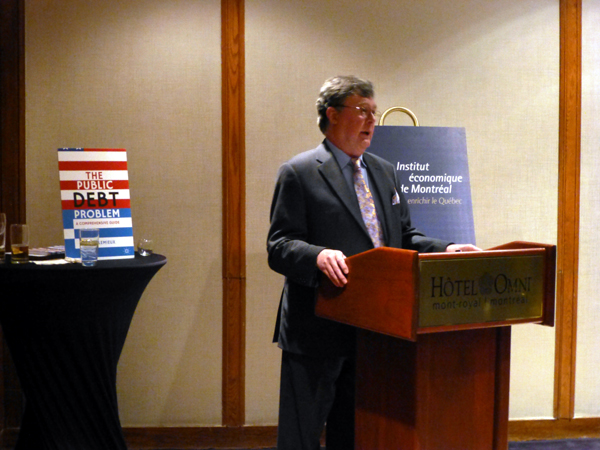 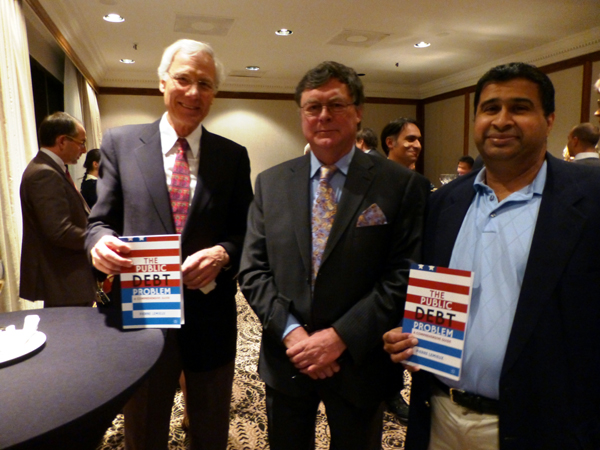 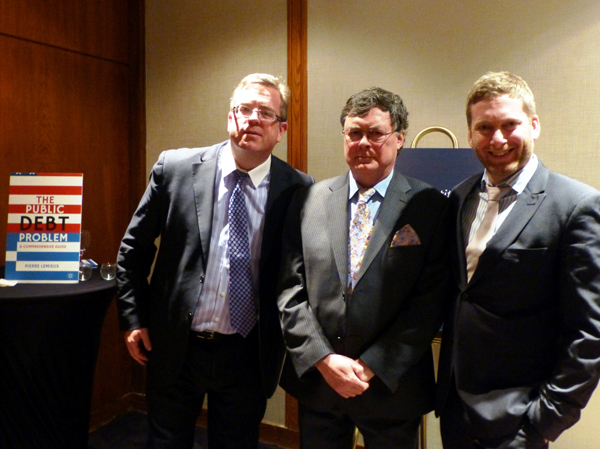 Michel Kelly-Gagnon, president and CEO of the MEI, the author and Jasmin Guénette, vice president of the MEI. 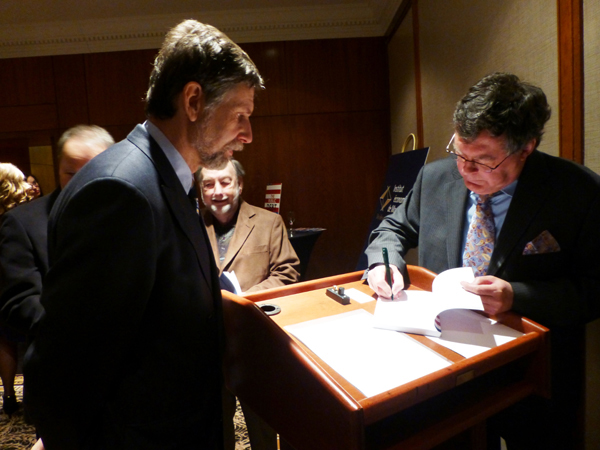 Copies of the book were available for purchase on site and many had theirs signed by the author.