Debate between Dr. Philippe Couillard and Michel Kelly-Gagnon on the benefits of competition and the role of the private sector in the Quebec hospital system.

Dr. Philippe Couillard is a Special Advisory Partner at Persistence Capital Partners, a Consultant and a former Quebec Minister for Health and Social Services (2003-2008). Michel Kelly-Gagnon is president and CEO of the MEI.

The luncheon debate was followed by two discussion sessions

The first session examined positive international experiments. The speaker for the first session was Marcel Boyer, an Emeritus Professor of economics at Université de Montreal and one of Canada’s best known economists.

More than 250 people attended this prestigious event (click to enlarge). 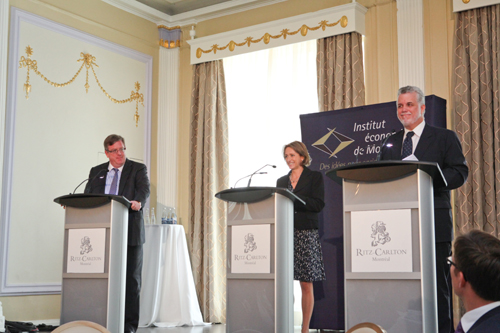 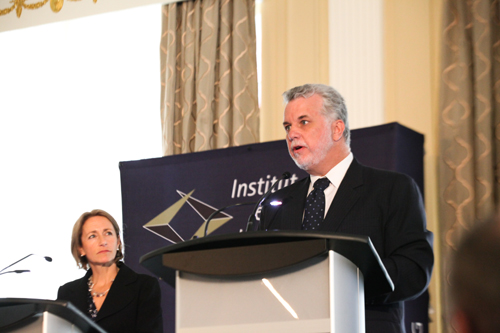 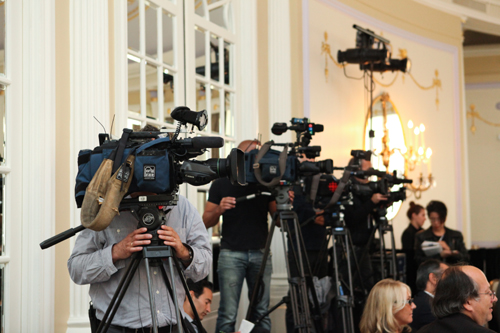 Many media covered the event. 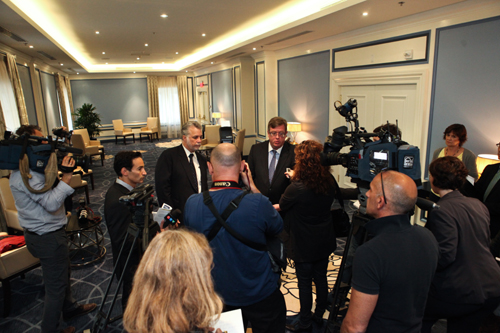 Michel Kelly-Gagnon and Dr. Philippe Couillard met with the media following the debate. 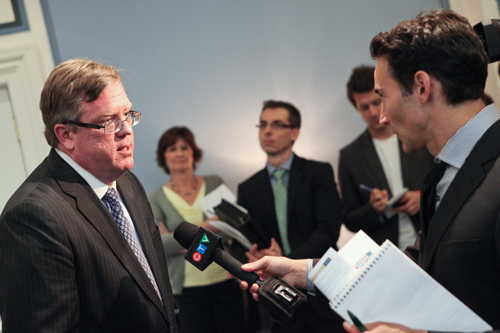 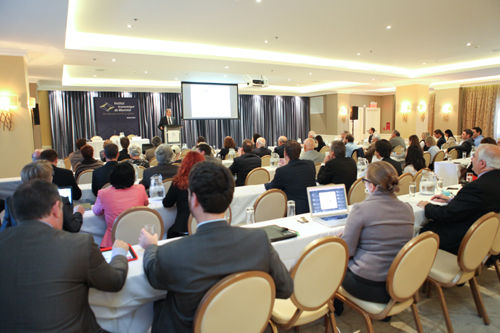 The luncheon debate was followed by two discussion sessions. 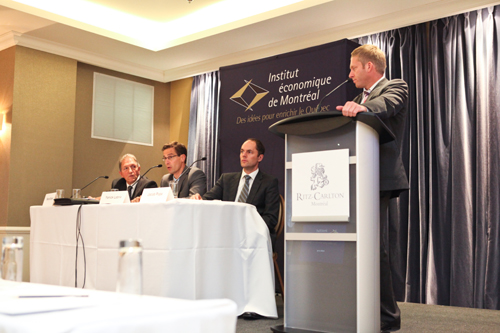 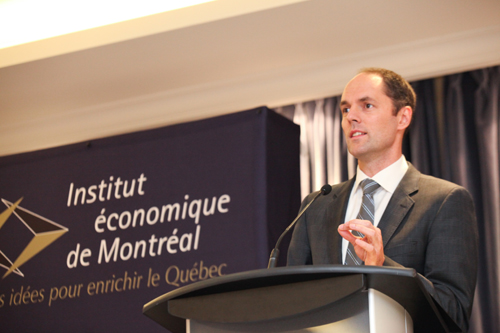 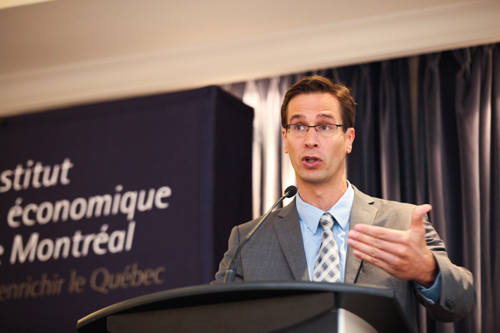 Yanick Labrie, Economist at the MEI. 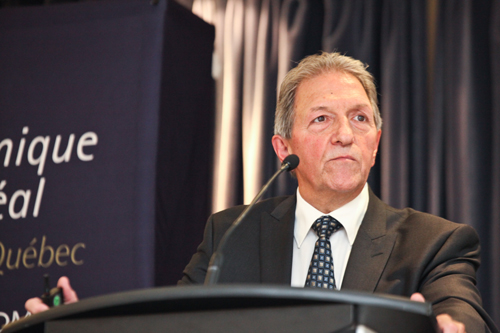