In Mr. Roth’s view, improvements to our highways should make use of measures that include public-private partnerships and privatization, both for rebuilding highways and bridges and for new construction. He provided tangible examples to show how other governments have gone from highway systems totally managed by public authorities to arrangements that leave more room for private enterprise. Gabriel Roth is a transportation economist who has worked for 20 years on five continents for the World Bank. He collaborates with numerous research centres and is the author of several books, including Roads in a Market Economy (1996) and Street Smart – Competition, Entrepreneurship and the Future of Roads (2006). He has also headed The Services Group, a consulting firm specializing in free trade zones. 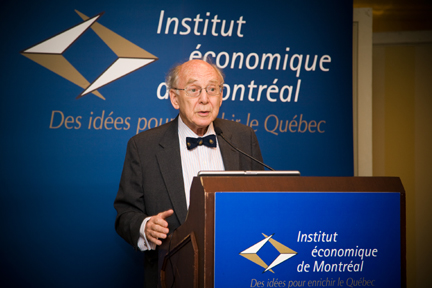 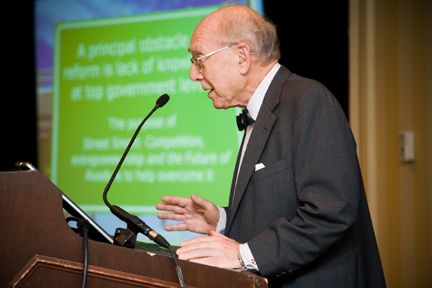 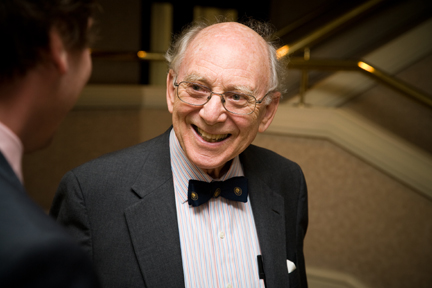 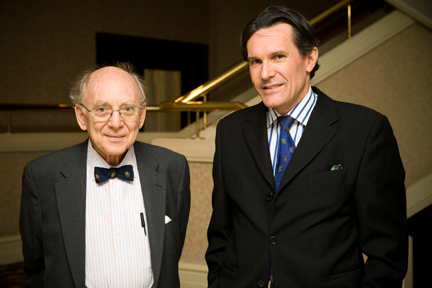 Mr. Roth with the President of the MEI, Paul Daniel Muller. 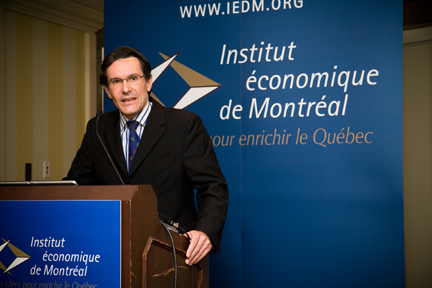 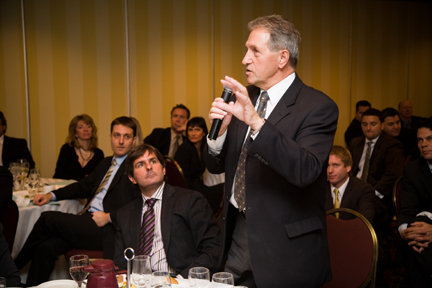 The Vice-President and Chief Economist of the MEI, Marcel Boyer. 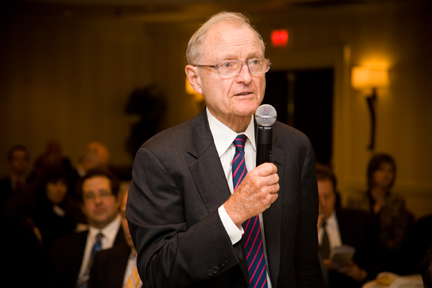 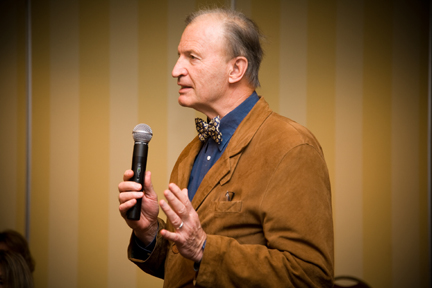 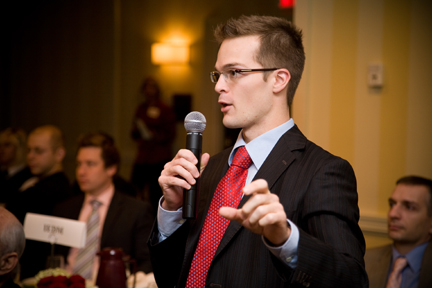 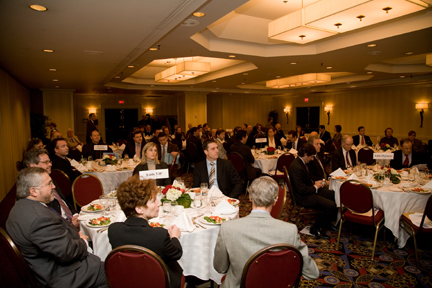 Many stakeholders attended the luncheon with Mr. Roth.