Mr. Cox demonstrated that Montreal is in an enviable position with many comparative advantages, both in transportation and land use. He suggests that public officials should not adopt laws that will inevitably restrict mobility and raise housing prices, as many other urban areas have unfortunately done. In addition to his work as an independent consultant and professor, Wendell Cox is a Senior Fellow at the Heartland Institute and served on the Los Angeles County Transportation Commission and the Amtrak Reform Council. 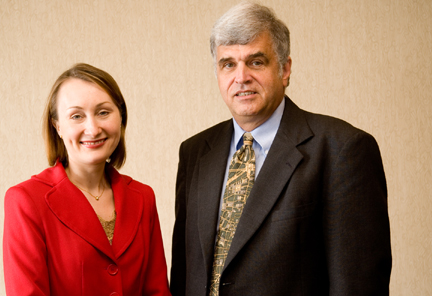 Tasha Kheiriddin with Wendell Cox, author of Housing and Transportation in Montreal – How suburbanization is improving the region’s competitiveness, a study launched during a luncheon speech held on Tuesday, June 20. 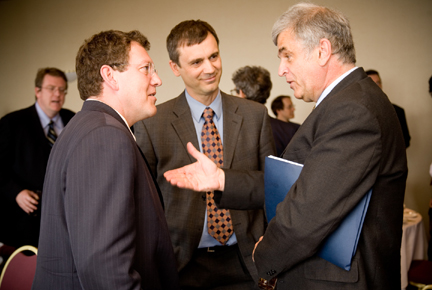 Wendell Cox talking with some guests. 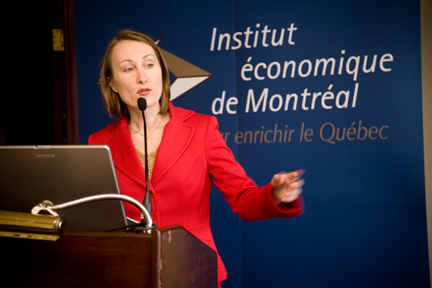 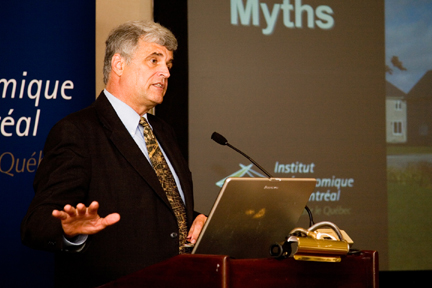 Wendell Cox during his talk. 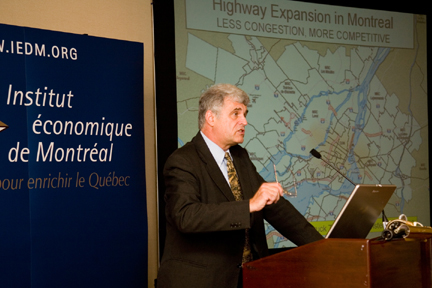 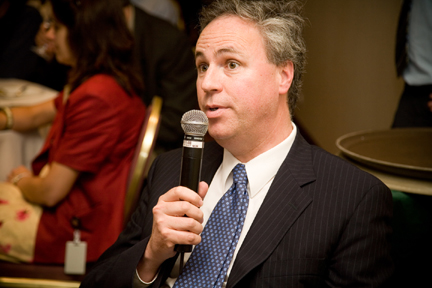 Mr. Mitchell during the Q&A period. 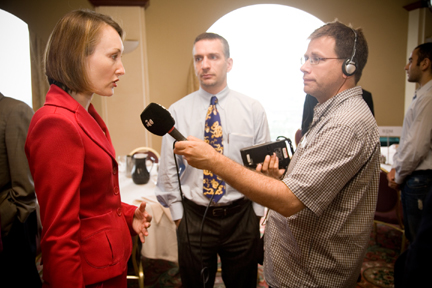 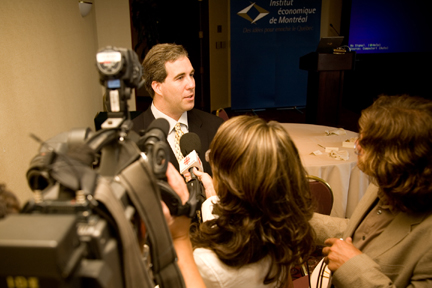 Pierre Desrochers, Fellow at the MEI, presenting the study’s conclusions to francophone media. 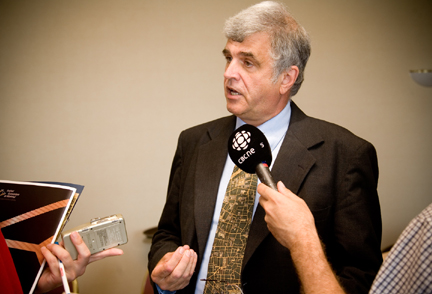 Wendell Cox talking with the media following his presentation.