John Carpay holds a B.A. in Political Science from Laval University in Quebec City and earned his law degree at the University of Calgary. He was called to the Alberta Bar in 1999. Mr. Carpay practiced civil litigation with Rooney Prentice in Calgary before joining the Canadian Taxpayers Federation (CTF) as the Director of the Alberta office in 2001. In 2005, he left the CTF to serve as the first Executive Director of the Canadian Constitution Foundation (CCF). The CCF intervenes in court cases in support of individual freedom, economic freedom, and equality before the law.

Mr. Carpay’s talk focused on the influence that courts have in shaping public policies in Canada. Since the advent of the Charter of Right in 1982, courts have played an increasing role in political development. The Chaoulli ruling is one prominent example of how courts can force governments to change laws quicker than citizens and political action. 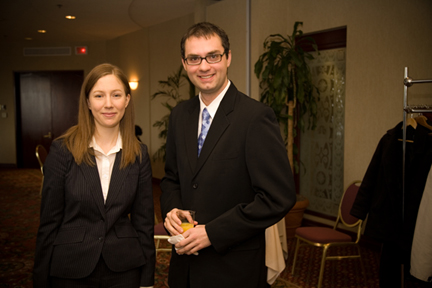 Many students attend MEI’s public conferences. It was not the first visit for Héloïse Robinson. 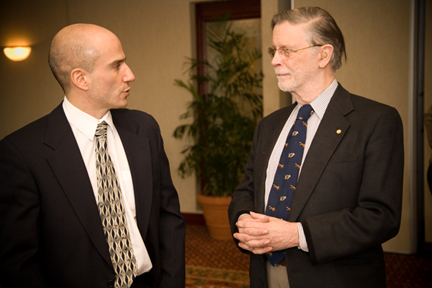 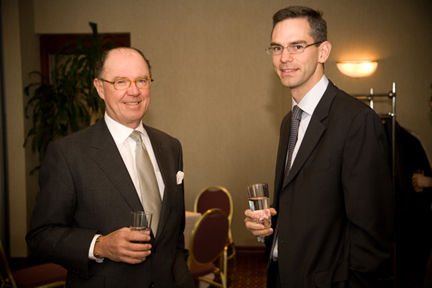 Jean-Pierre Ouellet (on the left), member of the Board of the Montreal Economic Institute, attended the luncheon. 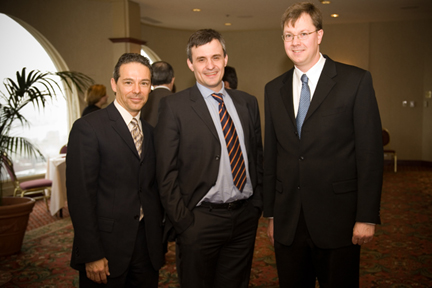 From left to right: Adrien D. Pouliot, Chairman of the Board of the MEI, Valentin Petkantchin, Director of research at the MEI, and John Carpay, Executive Director at the CCF. 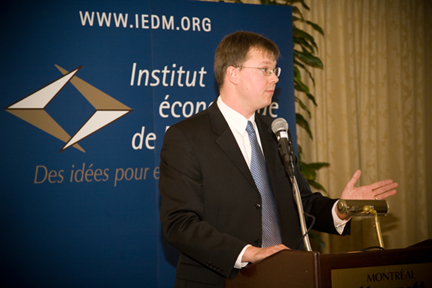 John Carpay during his talk. 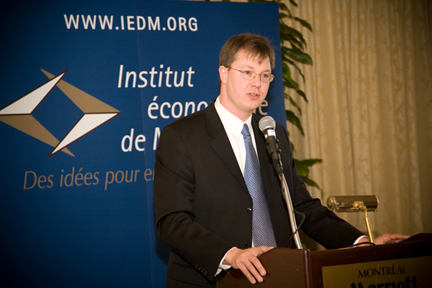 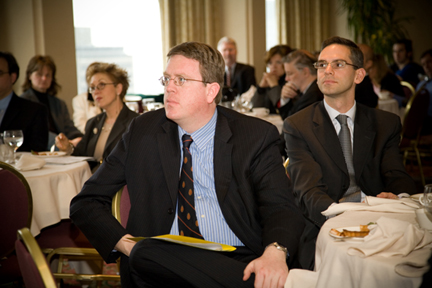 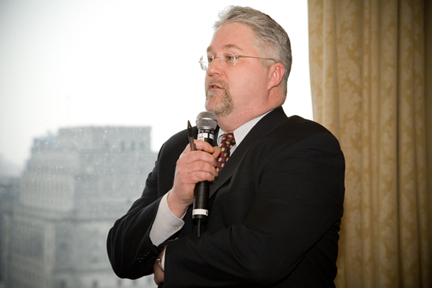 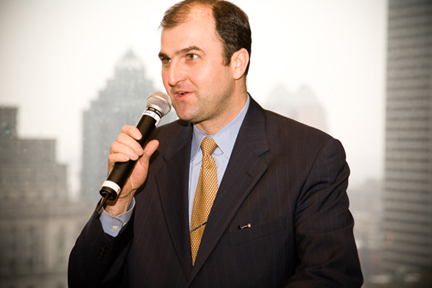 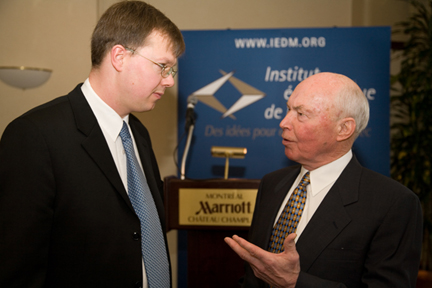