Quebec has everything it requires to be a leader among North America’s most prosperous regions. Its standard of living, however, leaves it in 52nd place among the continent’s 60 states and provinces. The action plan of the Liberal Party of Quebec aims to increase Quebecers’ standard of living.

During this luncheon speech, Mr. Jean Charest explained how he intends to refocus the government’s role on its primary responsibilities and enable Quebec’s creativity to achieve free and full expression. His speech was followed by an exchange between him and a panel consisting of MEI’s President Michel Kelly-Gagnon and Research Director Pierre Desrochers. 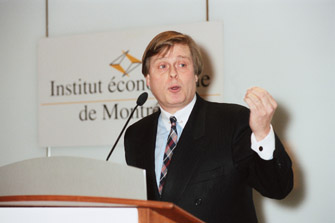 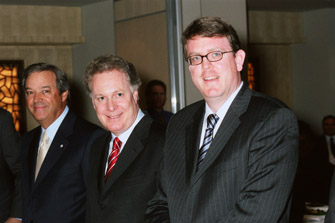 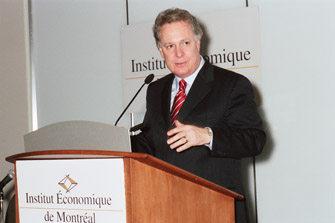 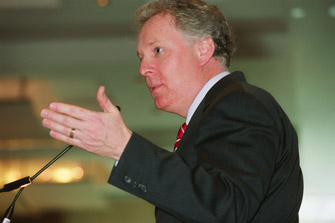 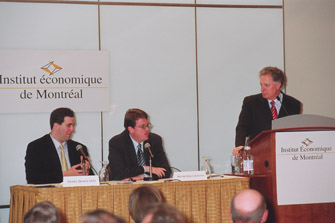 Questions from the MEI panel: (from left to right): Pierre Desrochers, Director of Research, MEI, Michel Kelly-Gagnon and Jean Charest. 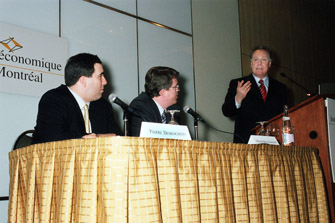 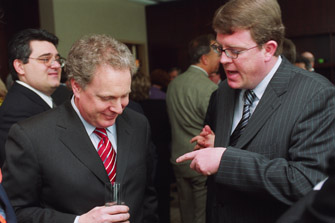 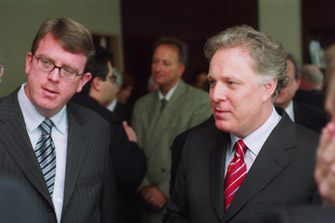 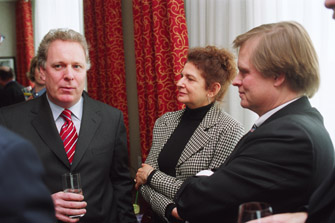 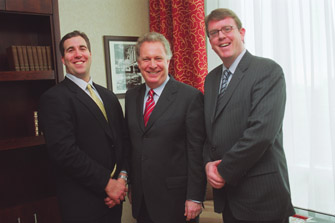 The MEI, a non-partisan research and educational institute, has invited the leaders of the 3 main political parties to give a presentation. Jean Charest and Mario Dumont have accepted the invitation but we never had a confirmation date for the Honourable Bernard Landry.